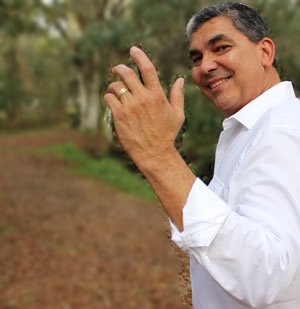 This has been one of the Ten Commandments many of us learned since we were children— The Fifth Commandment: Do Not Kill.

For others, it is not a commandment but a law. This law can be of social but also of moral conduct.

This moral conduct is an extension of the Golden Rule: Do not do to others what you would not like to be done to you.

In short, here is the one question you must ask yourself before attempting or allowing this act to take place: Would you like to be killed while you are living a plentiful life?

See the distinction here: ‘Plentiful life‘ means it infers (or cut short) your experience and spiritual development, karmic path, or evolution of your soul while you experience life on Earth.

Because words are among the most primitive of communication modalities, the word “killing” varies from killing for compassion to killing for revenge, hate, power, greed, lust, envy, jealousy, vanity, and even for food. This last will be explained in full detail as it will be the core foundation for next week’s lesson 7.

Killing is termed as:

Killing is also used as a word to imply (as a figure speech):

…and many other urban terminologies used to the act of stopping, eliminating, finishing, or doing something to produce an end.

Now that we have eliminated all the variances for this word let’s stick with what the word “killing” is referring to as for this particular precept: To purposefully, (with a deliberate aim or intention) put an end to someone’s life to benefit (selfishly) oneself from its outcome.

Please remember how I explained in past lectures how the intent precedes the though: When you think of something, it is because of an intent that originated in your One infinite Mind. This intent translates into your human brain as a though, which later translates into a verbal, nonverbal and/or physical action or inaction on your part

To give you an example: Imagine you are watching how people keep crashing one with the other at an intersection while riding their bicycles. You see how people get injured and you want to find a solution to this problem. The initial act of caring and wanting to find a solution to an existing problem is your original intent. It is then preceded by the thought of doing something about it. As the thought begins to work in accordance with your original intent, it transmutes into physical drawings as you search for a solution to that problem. The drawings lead you to a design that later translates into a physical manifestation by building a red octagon with white text to create the word “STOP.” As you can clearly see, it all started with an original intent which later translated into a though leading to physical manifestation known as the creation of a STOP sign

When the intent leads you to the thought of ending someone’s life to end a conflict, it extends from indiscriminately killing an insect to killing a fellow human.

The simple killing of an insect comes from the intent of eliminating from your life existence a being that is either bothering you, leading you to fear, or threatens your life.

For most people, killing an insect is as normal as walking down the street and stepping on an ant. Not so; the intent of killing vs the unintentional act of killing separates the wrongdoer from the righteous.

But let’s not focus for now in the less intrusive and focus on the most damaging to your soul: The killing of a conscious mind while experiencing life in this physical world.

Historical genocides of human life in the hands of other humans such as:

And many others through history, not including and separately expounded below as the series of religious wars between Christians and Muslims known as the Crusades:

All those historical genocides, including the Crusades, claimed millions of lives that it defies my mind as to why we have not listened to the words “Do Not Kill.”

The question here is not if those victims were believed to be less than humans or having no soul, but the act of taking a life over a dispute is inconceivable.

Ranking among the deadliest conflict in human history is World War I (1914-18) accounting for over 40 million victims, surpassed by World War II (1939-1945), with an estimate of 70-85 million people who died in the war including civilians.

These numbers may sound alarming to some of you, and many more would acknowledge not having known the depth of having ignored one of the most basic principles, precept, rule or commandment ever known since the dawn of time—Do Not Kill.

So, what is it that makes us humans commit such an atrocity against ourselves? In this specific case of world genocide: the answer is found highlighted in bold from lesson 5, or better known as the Second Rule of Conduct: “Do not be drawn into lust, envy, pride, apathy, vanity, engulfment, war, rudeness, greed, and power over others, for these will make you transgress against others and will taint your soul.

Let’s go now to the neck of the wood:

You may be wondering how would the rule ‘Do Not Kill’ would apply to you when you have never killed anyone before— well, it does. If you already read, and if you have not, you should, and even would recommend you do once again, please read or review the First and Second Principle.

Once you fully grasp both, you will understand that if you are the One source experiencing life through the physical senses, and by transgressing against others, you are transgressing against yourself, then you would not kill a soul knowing what you know now as you seek to follow the divine order of righteousness.

That in itself is very significant to sustain that you have evolved from committing acts of violence such as the ones perpetrated by one human against another, and you have moved forward in the evolutionary path of your soul taking you one step closer towards Oneness.

So, what is holding you from further spiritual growth as to following the one rule not to kill? Although you may not have noticed, in the past, it was said that slaves and indigenous people were soulless animals, and the legal right of ownership gave them also the right to kill or dispose of their possessions at will. Today we all know how wrong we were, but today many do not acknowledge that animals are also spiritual souls embodied in flesh as you once were.

‘The conscious mind‘ is none other than the evolved soul incarnated in flesh. From biblical scriptures to civil laws, ‘Do Not Kill’ has been taken by us humans as limited only to human life.

It is nowadays that civil laws are made to punish wrongful animal death in the hand of humans only to the extent to some specific animals for moral, ecosystemic or economic reasons, but not addressing the true wrongful act lead by an original intent with a deliberate aim or intention to kill.

The heartless killing in the hands of us humans is no other than a transgression against ourselves as we once were where they are today, and most likely than not, we have suffered in the hands of our ancestors what they are experiencing today from us.

—I have seen the heartbreaking killing of innocent animals in the hands of the “game hunter.”

—I’ve seen the slow death of a chained animal in the hands of the heartless owner.

—I’ve seen the killing of innocent animal victims of man-made traps and poisons.

—I have seen the killing of animals in the hands of the ruthless farmer seeking to profit from his crop.

—I have seen the killing of animals in the hands of the developer as we keep taking away the ecosystem of animal creatures as we do to ourselves by poisoning the air we all breathe, the land we should be feeding from, and the water every living thing consumes.

The human character formation is stronger during your early stages as a child from age two to eight and your further development continues throughout your adolescence to adulthood based on the predisposition of your parents, your schooling system, your friends and everyone else who influenced you since childhood, adolescence and the young adulthood in you. But you also bring within yourself what you brought forward from your previous lives. Remember: We pick up from where we left off.

That means that your soul development is influenced by those who taught you what is right and wrong based on their understanding of the law of existence, and you added all those influences to your new formation as you become the latest sum total of all your experiences since the first movement took form.

I have seen many but will tell you of a child screaming in fear of seeing and not liking a small animal and saw how the father stepped and crushed the innocent animal to please his child.

I have seen many but will tell you of a child who’s father praised him for having killed his first animal in a hunting spree.

I have seen many but will tell you of a child who killed an animal just to see it die.

Those are just a few of many instances when the child is wrongly taught not to care and respect for animal life by the ignorant doctrine that animal creatures have no soul when you, yourself are an animal creature who has evolved through the ages of time still unaware that any harm you do to others you are doing to yourself.

As an adult, you are responsible for the physical and emotional well-being of your child and other children you may influence in your path. Many of us have been wrongly taught that animals have no soul when they do. Like the slave and the indigenous who was believed not having communication skills but unidentified sounds when animals do communicate with each other, do feel pain, anguish, suffering, tension, exhaustion, remorse, love, compassion and many other characteristics we do not see in them for ignorance on our part.

I have seen the animal helping one another, protecting one another, and caring for one another among many other human-like behaviors I’ve seen but we simply dismiss and wrongly perceive as animal instinct.

It is our moral responsibility to teach our children to respect and not to kill human or animal life, for any harm you do to others you are doing to yourself. This very important step in necessary to help the child develop a strong foundation of moral conduct leading to an adult who will teach new generations not to kill.

And if you missed that opportunity as you raised your kids, the best amend comes from teaching your adult children to teach their children not to make the same mistake you did and do your part by teaching your grandchildren as they follow your steps.

That is how you keep evolving as you keep recognizing and making sense out of life by understanding the Principles and by following the Universal Rule of Conduct that applies to all life including yours.

Many would argue that animals do kill for a living, and if they do, why shouldn’t we? Well, get ready for next week’s lesson 7, and I will have that answer fully explained to you.

Meanwhile, keep in mind I’m only scratching the surface as there is much more to explain and expound over this and every subject from lesson one to lesson ten. But let’s not get ahead of ourselves until we finish will all ten lessons as many questions may be answered as we move along in this path to spiritual enlightenment.

Looking forward to next week’s lesson 7 I have in store for you.

Next week you will learn

The Universal Rule of Conduct